Two significant immigration rule changes at ICE and USCIS are now open for public comment. These are administrative rule changes that are not vetted through Congress. Obama used non-legislative means to grant deferred action and to set his administration’s deportation priorities. Republicans, including Trump, criticized the Obama Administration for going around Congress, but are now using similar tactics as they methodically dismantle the U.S. immigration system.

Substantive agency rule changes are subject to public comment. This is your chance to voice opposition to Trump immigration policy, on the record. Here are details on how to submit testimony.

ICE is attempting to end the 1997 Flores agreement, which guarantees some protections for immigrant youth in detention.

Submit your testimony against the Apprehension, Processing, Care, and Custody of Alien Minors and Unaccompanied Alien Children rule by Nov. 6. (Click on the Comment Now! button on the right side of the regulations.gov page)

Vox: Getting rid of Flores means indefinite family detention… “The Flores settlement requires the federal government to do two things: to place children with a close relative or family friend “without unnecessary delay,” rather than keeping them in custody; and to keep immigrant children who are in custody in the “least restrictive conditions” possible.” Read more from VOX.

Good bullet points for your testimony from fwd.us, including: children and families should not be thrown in jail indefinitely for fleeing violence and poverty, children especially should not be kept in jails or detention camps, if children are going to be detained, the standards that Flores established should AT LEAST be maintained, etc. See link for more info. 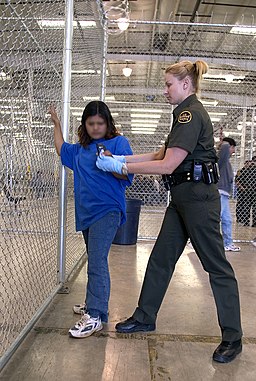 USCIS wants to be able to deny admission, green cards, and eventual citizenship to low-income or percieved low-income immigrants based on a hypothetical suspicion they may one day use some public benefits.

Submit your testimony against the Inadmissibility on Public Charge Grounds rule by Dec. 10 (Click on the Comment Now! button on the right side of the regulations.gov page)

Vox: “The problem is that while the regulation itself is complex — and in some ways more moderate than earlier versions of the proposal leaked to Vox and the Washington Post earlier this year — the message that immigrants are likely to receive is simple: that they shouldn’t use public benefits if they want to stay in the US.” Read more from Vox

Bullet points for testimony from Center for American Progress, Mother Jones, Center on Budget and Policy Priorities, and even Cato.

Take 30 minutes, read up on these dire immigration policy changes and take action today. You comments will be on the public record, putting you on the right side of history.